is a series of self-portraits that were drawn during a semester in Covid-19 confinement; persuing the question:

can they travel somewhere else?

pencil and aquarell on paper

»Where no movement, no action, no choice are possible, meeting someone or something is possible exclusively through a metamorphosis of the self«

...These days, Gießen seems like a shore of stranded students - some of whom still managed to escape their countries and violent circumstances, while the relentlessly ticking time of visa permits and study curricula dashes forward. Others who appear as distant tiny squares to take part in hybrid seminars; either because they chose to stay in the comfort of distant homes, or because travel-routes have been cut off. Attempts to connect.
Somewhere between a community of fate (Schicksalsgemeinschaft) and a pilgrimage site, it seems at least like the only possible space of proximity and communion, while a hostile atmosphere expands outside the borders of the institute, in a pace just as concerning as the mutating virus... 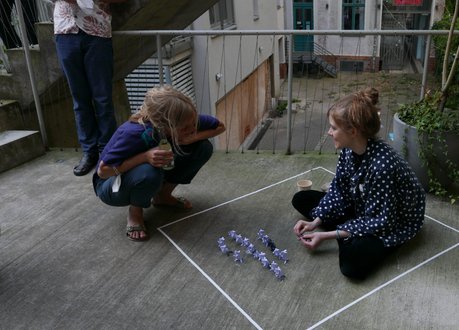 adaptation for performance at 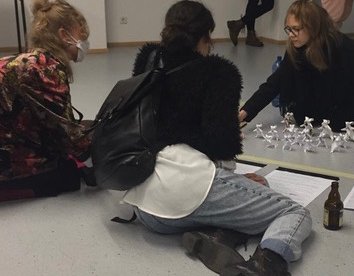 "at this moment I am in the process of playing theater for myself. I know very well that I don't want to do anything:" (J.P. Sartre)

long durational performance about death as collective practice, holding the potential of transformation

first version shown at Proposals for the Circumstances, a festival by students of the Insstitute for Applied Theater Studies

with kind and generous support of Kulturamt
Gießen, Kunstrasen e.V. and KiZ Team 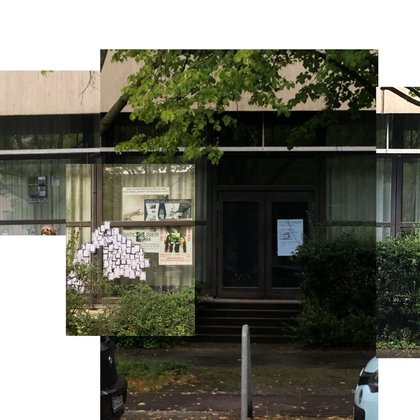 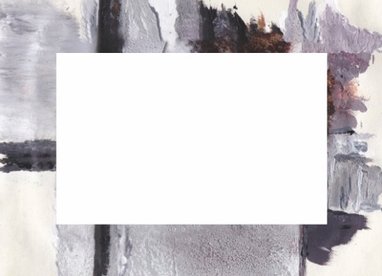 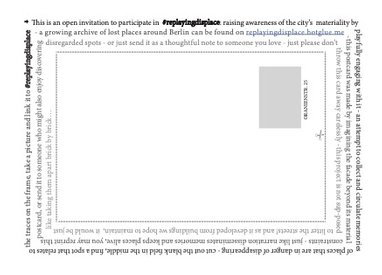 During one month of residency we researched Maria Reiche's travels and investigated, how to implement her practices in musical and scenographical elements

I have carried this gesture on throughout the day, and for the years to follow. It continues to develop in various formats.

video/impression of the intervention on March 31st, 2020

documentation of the intervantion on March 31st, 2019

Artistic occupation that will show every Monday, at 5 pm GTM-03, the experience of artists from different areas and different places, which they gather to create from a distance and immerse themselves in an experience of language displaced from each artist's "common place", in addition to thinking the Internet itself as a creative and amplified possibility.

a conversation - a diary entry - an encounter

One is in Brazil, the other in Germany.
Trapped in multiple oppositions (time-zones, cultures, political exigencies...) we could rely on memories of commonly experienced dances. But what the pandemic was depriving us from, is the possibility of inviting other people to join into our dance.
Over the course of a month we met on virtual platforms (video-call and live-broadcasting apps), recording our conversations about the possibility of a virtual (w)hole – a uniting that could maintain an open space for a viewer to enter. Is there room for chance in a recording?
To build such a space, we live-edited the materials we were generating, realizing that it is only in retrospect that we inhabit a common space. While our time is polarized between too late and too soon, we find intersections, allowing us to cross mirrors and fall into holes.
It surprised us to suddenly meet the reflection of other people in our conversations. It didn't matter anymore, if the mirror reflected a Narcissus - at that sight, you can be sure of already falling into an Alice’ean journey. Down the rabbit hole that is digging you up....There's a foot there in that photo, that might belong to you. You'd better check if you haven't lost it 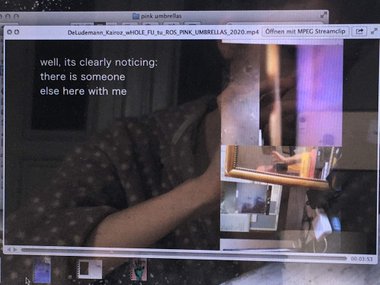 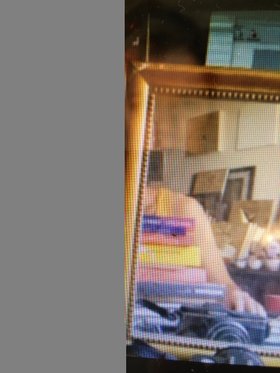 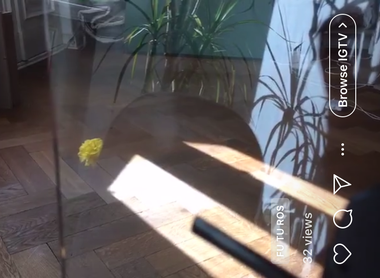 The materials create an assemblage of perspectives. Extending over all 4 floors of the building, they mediate between scales of distance and proximity.

a multi-located, time-lapsed intervention and correspondence on deposits, responsibility of spectatorship and co-presence

Shown at the Festival Rough Proposals,

collaboration between the MA Choreography & Performance, Institute of Applied Theater Studies Gießen and the Mousonturm Frankfurt

Light is often equated with the vision of the eyes. However, light does not always sharpen or even enable vision. To be blind-ed is the most obvious example. The process of becoming blind, is impressively described by Borges. Progressively losing sight, he enters into an eternally lighted haze.

In some languages, darkness is homophonic to »hearing« - asserting that darkness might mean less vision, but foremost greater hearing.

»Hell« is German for bright, deriving from Middle High German »helle«, which means: to conceal. And which in turn, originates in »hel« (shining, sounding), related to "reverberation" and originally referring only to acoustic sensory impressions.

Light and darkness, sight and hearing are mutually polarized, although there is actually - as music proves - no exclusionary separation, no exhaustive binary between them. For music transcends oppositions and opens up to the possibility of an other relation, than that of contrast.

Departing from writings by Borges, Foucault and ETA Hoffmann, emerges a space of borders. Oppositions between light and silence, shade and sound enter into suspense - and are suspended.

in a desastrous political landscape, the staging of Andorra is a scream against the censorship and silencing that

continues to threaten and take lives in Brazil.

Resulting from a workshop with students from UFRGS, Federal University of Porto Alegre, the street performance was presented at Goethe Institut Porto Alegre on August 16th, 2018

After the presentation, the performance set remained as a publicly accessible installation for two weeks. 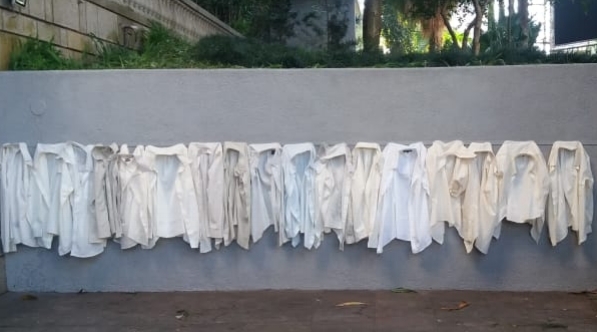 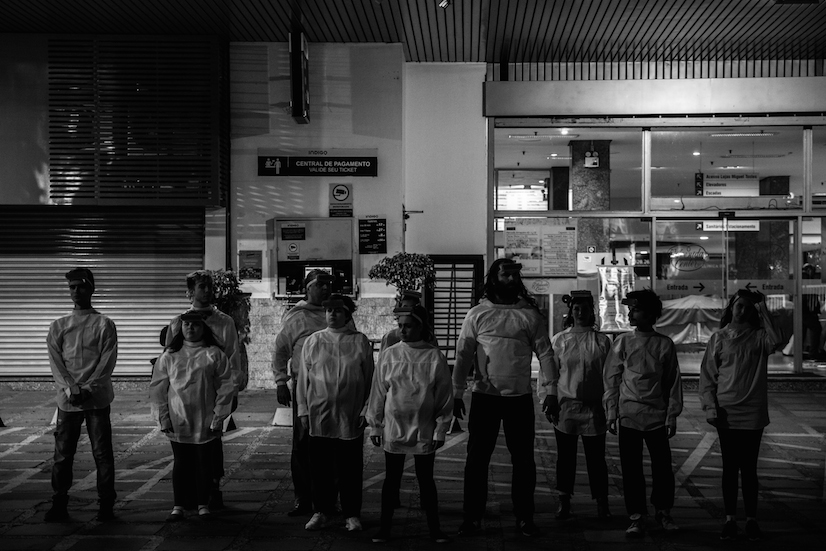 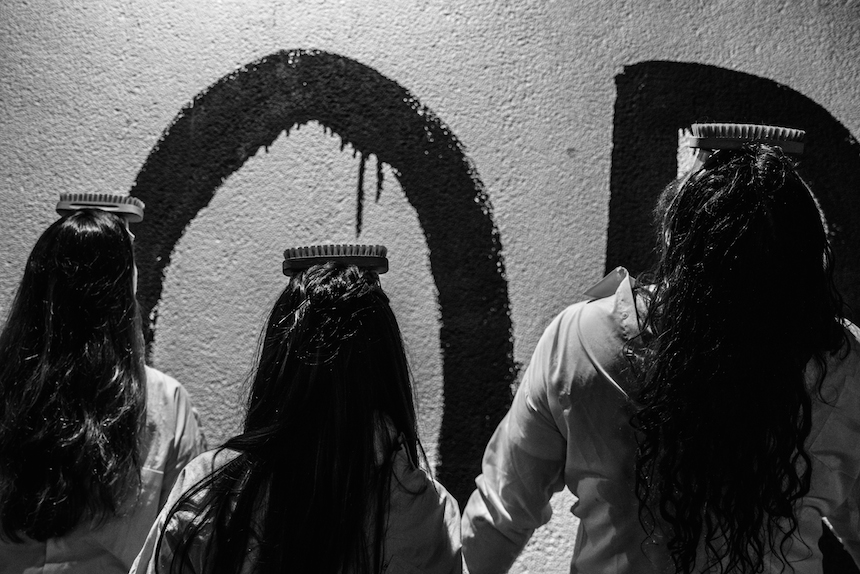 based on Camus' Pest

The production and use of cement are not only technical procedures. They could just as well describe human relationships. It is a prominent  material in the architecture surrounding us, but also the way in which we socialize 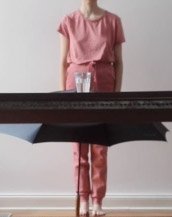 Sketch for a staging at Deutsche Oper Berlin

Several attempts to re-name the Shakespeare square in front of Deutsche Oper to Benno-.Ohnesorg-Platz have failed.

I take the occasion of the 51st recurring year of Benno Ohnesorg's shooting, to draw a genealogy of oppression by  means of emancipation. 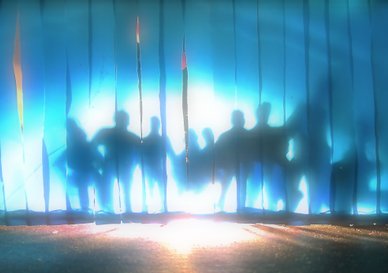 sketch for a staging, based on texts by Walter Rheiner, 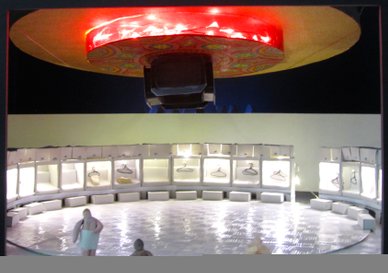 sketch for a staging of  the play by J. Haydn

...mitochondria behave as though they were once an independent life form. An example: they divide independently from the devision of the human which they are part of. So although humans appear to be progressing on the evolutionary scale, they are only able to do so, because constitutive parts in them remain in different timescales.... 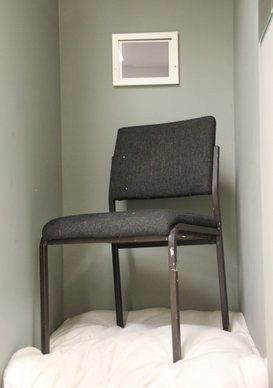